We put your mind at ease while keeping you comfortable.

Over 30 Years of Experience

Count on us for high quality services and affordable rates.

We take pride in pur work and make sure it is done right the first time.

– HVAC Providers You Can Trust –

With over 30 years of HVAC experience, you can trust Cornerstone HVAC of Thurmont, MD to optimize your home’s energy efficiency. Serving Frederick and Washington Counties, we go above and beyond to ensure you are comfortable indoors regardless of the weather.

Extend the lifespan of your geothermal systems installation, heat pumps, boilers, hot water boilers, or central heating and cooling system! Schedule an inspection by calling us today at 240-674-3100. Our highly skilled technicians understand the harmful effects and energy waste of a broken HVAC system and we work relentlessly to keep you comfortable all year round!

Is your AC broken? Do you need furnace cleaning? Look to add oil heat?
Schedule an air conditioning and heating system inspection today!

At Cornerstone HVAC, all of our mechanics are factory trained and seasoned to tackle Central Maryland’s residential and light commercial HVAC concerns. We stay current with the latest innovations and advancement in the industry. Our technicians can always recommend the most recent technologies and perform prompt service in no time. We don’t come into your home with pre-packaged solutions or try to upsell you with other products and services you cannot use. We carefully assess your energy use and unique situation before suggesting the most efficient solutions.

We stand behind our cost effective and energy efficient HVAC solutions that include: 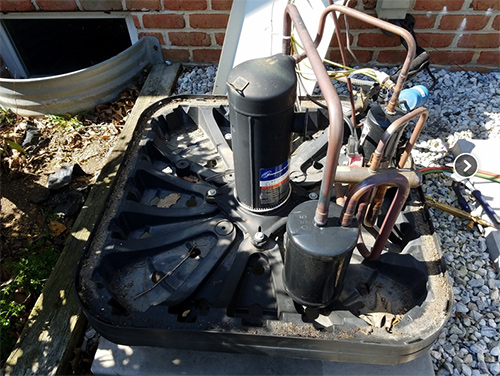 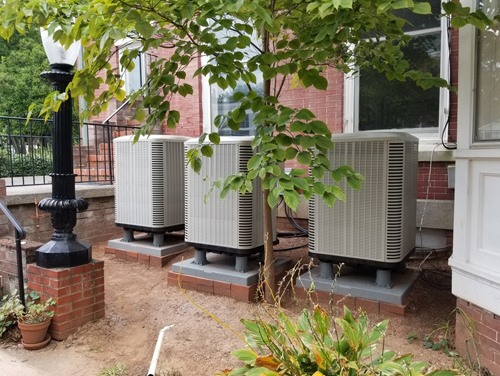 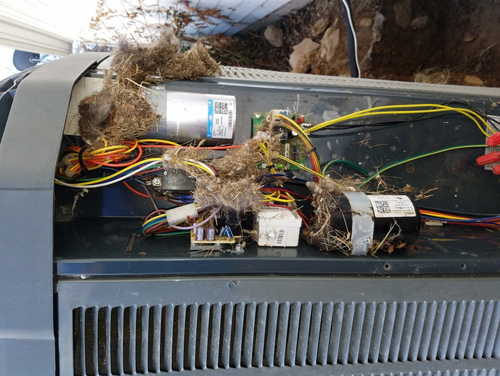 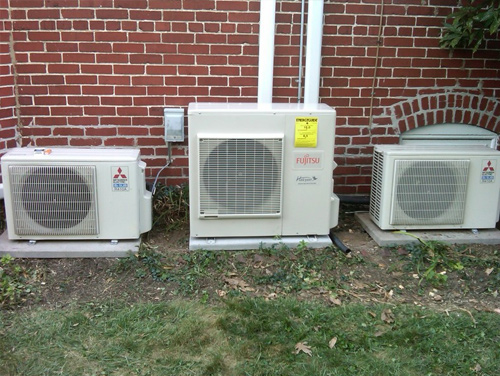 Born in Frederick, Michael Grissom always had the itch to take things apart to see what went on inside and put them back together and make them work again, or at least try. He ruined a few of his parents’ appliances during this phase of his life. Almost taken out by a vacuum cleaners DC voltage motor, he learned about electricity and got his mind going. Mike ended up finding his niche in the heating and air conditioning program at the local high school Votech program. From humble beginnings as a shop runner, he worked for an HVAC company out of Rockville fresh out of trade school but soon got tired of the long drive and averaging 6 hours out of an 8 hour day stuck in traffic he came back to Frederick and started with Southern States Petroleum division (Oil Burner Heating) which would begin a 36-year career of Oil Burner Service. After Southern States, he moved over to Ewing Oil working out of the Frederick branch servicing almost every oil appliance in Frederick County it seemed. He then had a short stint working with a Frederick HVAC company. He moved on to Mick’s Heating and Air in Thurmont, MD until August of 2005 when he finally decided enough is enough working for another company. Mike took his Masters test, got his insurance, and on August 5, 2005 Cornerstone Heating & Air Conditioning, Inc. began as an official business in Frederick County, Maryland. So far, he has managed to keep the business going even during 2016 when we saw a lot of small businesses go under. We were extremely fortunate to have the customers that we do have and managed to grow the business into what it is today. Mike has a great troubleshooting ability that other companies can’t match and when it comes to oil heating, other companies contact him on a regular basis in the winter months to help out their techs with oil burner work. Mike is second to none in the area of boilers and hot air furnaces, heat pumps and A/C. He was a student at the Frederick County Votech Heating & Air Conditioning Program for 3 years and attended Lincoln Tech Technical School after leaving high school. He is not perfect, but you will not find a more determined individual when it comes to your HVAC needs.

Dave has a long history of doing duct work. He started out with the big companies like General Heating and worked his way up the duct man ladder. He became a key part of the Cornerstone team in May of 2009. Dave can basically make anything out of sheet metal and is very proud of the finished product he produces. Even though most of his work get sealed up behind walls and in chases, he always makes sure to take the time to ensure all joints are properly sealed and wrapped with the proper insulation when needed. He is not the fastest guy in the world, but nothing that is rushed ever lasts and I have never had to go back due to any duct issue. He has a keen eye when it comes to installing the duct as well. Anyone can slap duct together and hang it, but few can do it the correct way, with pride. He always wants to be onsite during start up as he insists on checking the airflow for himself. His skills have helped Cornerstone gain the reputation of outstanding quality production of custom duct work and metal related products. As of May 11, 2019, Dave has been employed by Cornerstone for 10 years now.

Whether you need Cornerstone HVAC for air conditioner maintenance or furnace repair, we get the job done right the first time. Call 240-674-3100 today for an estimate.

Please fill out the form and we will get back to you soon.